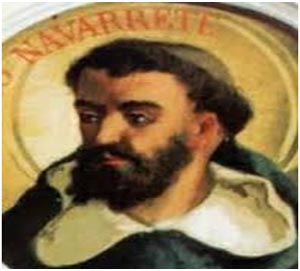 Abbo was born near Orleans and brought up in the Benedictine abbey of Fleury. He was educated at Paris and Reims, devoting himself to philosophy, mathematics, and astronomy. He spent two years (985-987) in England, mostly in the newly founded monastery of Ramsey, assisting Archbishop Oswald of York in restoring the monastic system. He was also abbot and director of the school of this newly founded monastery from 986 to 987.

Abbo returned to Fleury in 988, where he was selected abbot of Fleury after the death of the Abbot Oilbold. But another monk, who had secured the support of the King and the Bishop of Orleans, contested the choice, and the matter assumed national importance. It was finally settled in favour of Abbo by Gerbert of Aurillac (later Pope Sylvester II). The new abbot was active in contemporary politics. He was present at the Synod of St. Basle, near Reims, at which Arnulf, Archbishop of Reims was tried for treason and deposed, to make way for Gerbert.

In 996 King Robert II sent him to Rome to ward off a threatened papal interdict over Robert's marriage to Bertha. On the way to Rome he met Pope Gregory V, who was a fugitive from the city from which the Antipope John XVI had expelled him. Between the Pontiff and the Abbot the greatest esteem and affection existed. The royal petition for a dispensation was rejected. Abbo succeeded in bringing about the restoration of Arnulf to the see of Reims. He was influential in calming the excitement and fear about the end of the world which was widespread in Europe in 1000.

In 1004 he attempted to restore discipline in the monastery of La Reole, in Gascony, by transferring some of the monks of Fleury into that community. But the trouble increased; fighting began between the two parties and when St. Abbo endeavored to separate them he was pierced in the side by a lance. He concealed the wound and reached his cell, where he died in the arms of his faithful disciple Aimoin, who has left an account of his labours and virtues. The miracles wrought at his tomb soon caused him to be regarded in the Church of Gaul as a saint and martyr, although he does not seem to have been officially canonized by Rome. His feast is kept on 13 November.

When in England Abbo learned of the martyrdom of Saint Edmund, and wrote a passion in Latin on it. He also wrote a Latin grammar for his English students and three poems to St Dunstan. Among his other works are a simplification of the computus, the computation of the date of Easter, a Collectio Canonum, with clarifications about topics of Canon Law, and other treatises on controversial topics and letters. Around 980 to 985, he wrote a commentary on the “Calculus”of Victorius of Aquitaine, before the introduction of Arabic numerals, when calculations were often quite complex. The wide range of Abbo's thought is reflected in the commentary, covering the nature of wisdom, the philosophy of number, the relationship of unity and plurality, and the arithmetic of the Calculus. Abbo drew on his knowledge of grammar, logic and cosmology to illustrate his arguments, and set it all in the broader context of his theology of Creation. Most of Abbo's works can be found in the Patrologia Latina.