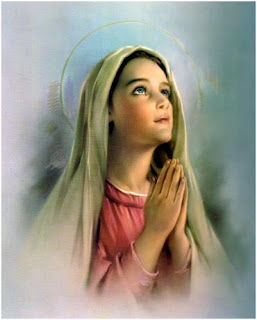 The expression perpetual virginity, ever-virgin, or simply "Mary the Virgin" refers primarily to the conception and birth of Jesus. From the first formulations of faith, especially in baptismal formulas or professions of faith, the Church professed that Jesus Christ was conceived without human seed by the power of the Holy Spirit only. Here lies the decisive meaning of expressions such as “conceived in the womb of the Virgin Mary,” “Mary's virginal conception,” or “virgin birth.” The early baptismal formula (since the 3rd century) state Mary's virginity without further explaining it, but there is no doubt about its physical meaning. Later statements are more explicit. Mary conceived “without any detriment to her virginity, which remained inviolate even after his birth” (Council of the Lateran, 649).

Although never explicated in detail, the Catholic Church holds as dogma that Mary was and is Virgin before, in and after Christ's birth. It stresses thus the radical novelty of the Incarnation and Mary's no less radical and exclusive dedication to her mission as mother of her Son, Jesus Christ. Vatican II reiterated the teaching about Mary, the Ever-Virgin, by stating that Christ's birth did not diminish Mary's virginal integrity but sanctified it. The Catechism of the Catholic Church ponders the deeper meaning of the virgin bride and perpetual virginity (499-507). It also maintains that Jesus Christ was Mary's only child. The so-called “brothers and sisters” are close relatives only.